War broke out on February 24. The next day Specchio opens a subscription and begins to help Ukraine. After five months the numbers recount a story of important interventions: 200,000 meals, 50,000 shopping packages, three refugee villages, in Mostyska, Lviv and Chernivtsi, 330 tons of food, over 100 trips with trucks, buses and mini buses. With the support of 6,793 donors it was possible to raise 1.73 million euros.

The work of the Foundation already in March allows us to have a precise plan. There are those who want to get out of Ukraine, escape from the war, and Specchio dei tempi organizes buses that recover families on the Polish and Romanian borders. On this way over 500 refugees thus manage to arrive in Italy. But there are also those who want to stay, those who don’t want to leave their Country. The Foundation intercepts this need and is the first in Italy to build a village in Chernivtsi, within the Ukrainian borders. A thousand square meters of tensile structures, a canteen, a play area, and a zone for the distribution of shoes and clothes. 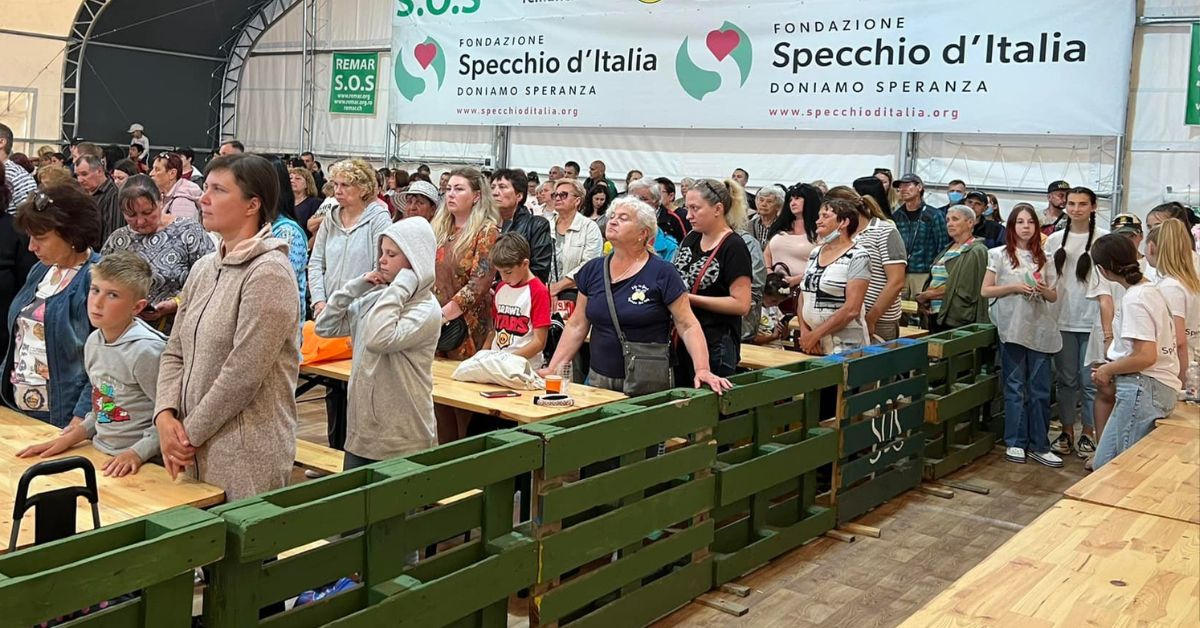 Then the Foundation transfers two mobile clinics from Turin, with the Specchiobus, to deal with health emergencies. Buys a field kitchen, the van that houses it, and a nine-seater minibus for the displacement of refugees. Every day it supplies the village with food and basic necessities. Then it looks at the North, and Specchio dei tempi expands its boundaries of intervention. First in Mostyska, here Specchio supplies the village with equipment, electricity generators and heat totems for the coming winter when temperatures will touch -15 degrees. Then he chooses to intervene in Lviv, activating a support program for the provision of meals and for the improving of reception facilities.

At the same time Specchio also supports expatriate Ukrainians who have reached Italy in the last few months. The first 1,000 families to arrive in Piedmont received, in agreement with the Consulate of Ukraine in Turin, 500 euros in cash to cover the first expenses. The “Forza Mamme Ucraine” project is also activated, to encourage the integration of single women in Turin, who arrived in the country with their children. The initiative includes italian courses, entertainment for children, psychological counseling, trips to learn more about the area and sports activities in the parks. The project involved 210 mothers and 387 children. 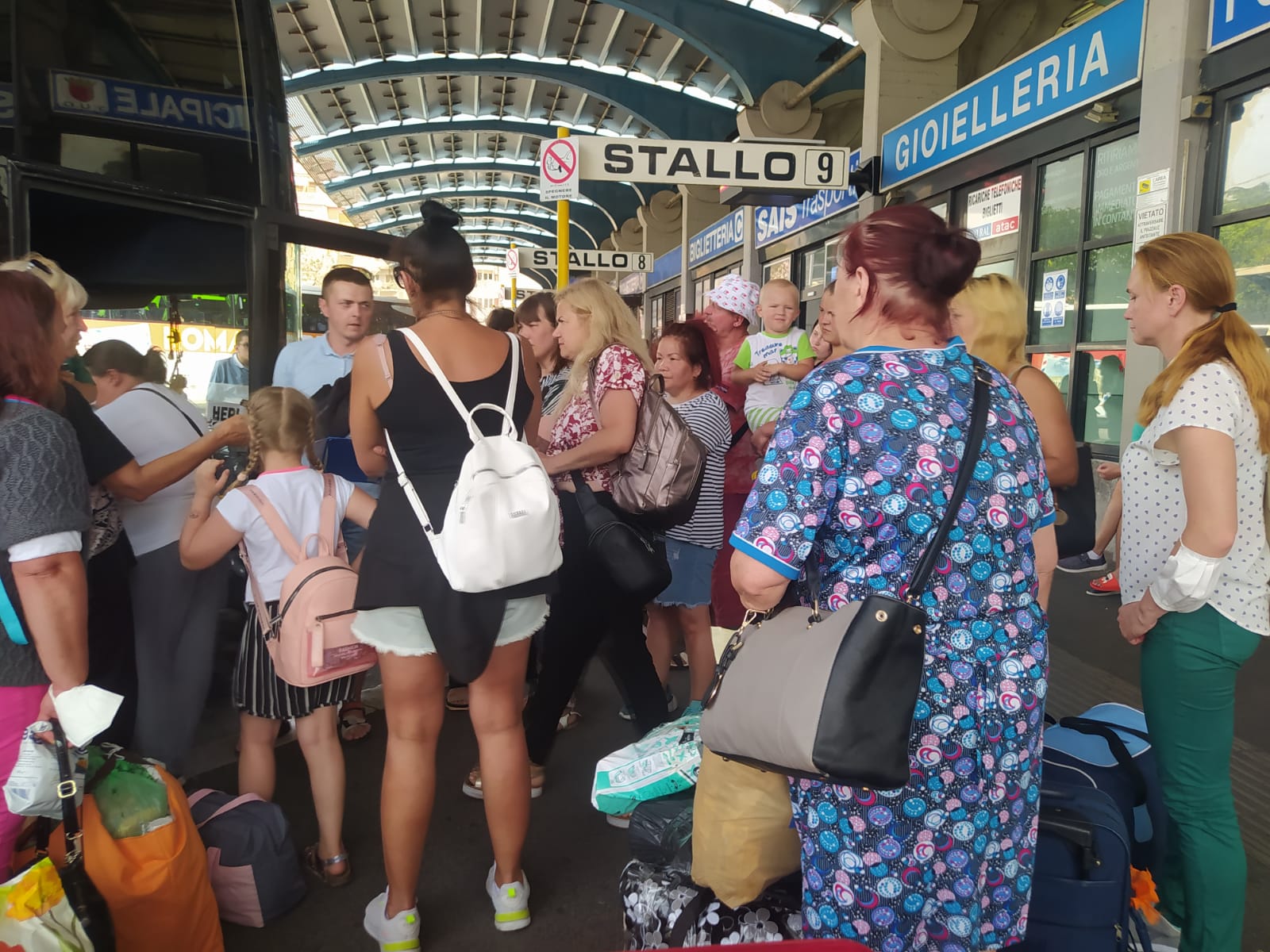 Now, six months later the beginning of the war, there are also those who want to return. Precisely for this reason, Specchio deri tempi, in collaboration with the Embassy of Ukraine in Rome, started a busy return home program for refugees at the beginning of June. During the first two months two coaches per week left from Rome and Turin. Up to now 1,000 Ukrainians have been repatriated. The return program is set to continue in the autumn.