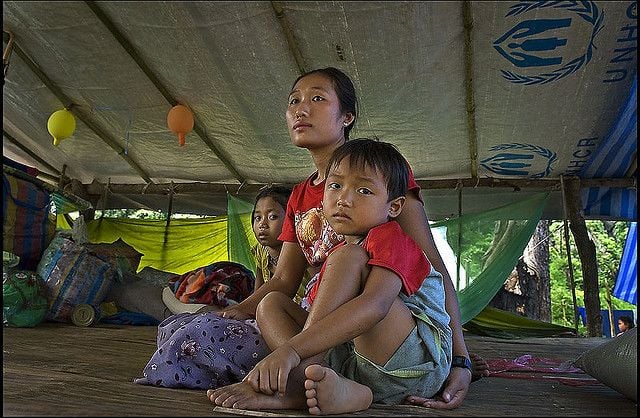 Specchio d’Italia and Medacross are engaged in organizing aid for the hundreds of refugees fleeing Myanmar after the violence of the military coup which resulted in over 500 deaths. We work in close synergy with the Catholic priest Suwat Luangsaard.

In recent days, with Daniele Regge and Erika Vitale of Medacross and with Anastasia Sironi of Specchio d’Italia, we have defined the terms of our intervention which will begin with the starting up of a free health clinic in the Thai city of Ranong, the first beyond the Burmese border. Here the refugees who managed to leave Myanmar are housed in the football stadium, while two tent cities are being set up. We will work here too, in the coming months, to give hope to a very poor people who are now also affected by the violence of the military regime.